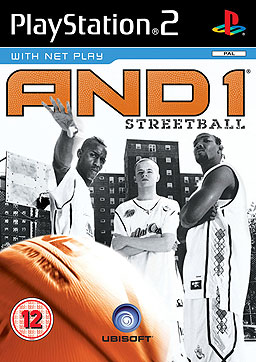 AND 1 Streetball is the ultimate basketball experience that features all the jaw-dropping moves of authentic streetball. Hit Rucker Park, Venice Beach, and all of streetball's holy grounds against the entire roster of AND 1 legends like The Professor, Hot Sauce, 1/2 Man 1/2 Amazing, and AO.

With unprecedented depth, freedom and control, AND 1 Streetball is the new revolution in basketball gaming, giving you the opportunity to become the next streetball phenomenon. Create your own look, style, and signature moves as you join the AND 1 Mix Tape Tour—the world's one and only true streetball competition, where originality and the ability to electrify the crowds will get your name mentioned alongside streetball legends.