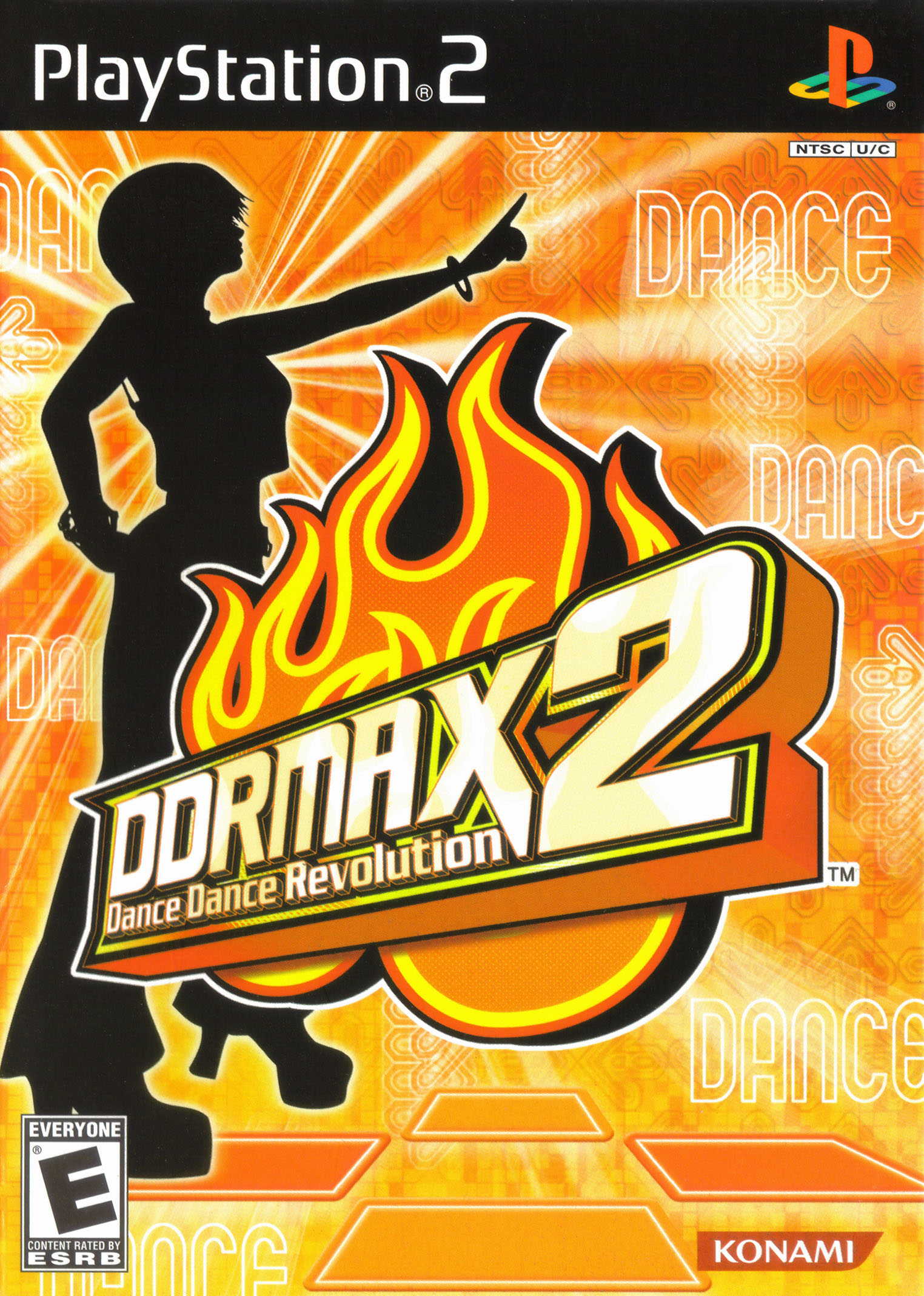 The dance floor kicks into overdrive with DDRMAX2 Dance Dance Revolution. Packed with a smash-hit lineup of licensed music, all-new songs, exclusive songs for the U.S. and cool game modes, everybody will be movin' and groovin' to the pulsating beats. The latest installment of this highly anticipated series takes the revolution to the masses. All-new exclusive songs, licensed songs and dance hits. New game modes and graphical interface featuring music videos. Customize dance steps in Edit mode and exercise in Work Out mode. Links with previous games for special features.

The dance floor kicks into overdrive with DDRMAX2 Dance Dance Revolution. It is the latest installment of the highly anticipated DDR series and takes the revolution to the masses! Players can customize their own dance steps and workout in an innovative Exercise Mode. DDR is packed with a smash-hit lineup of all-new exclusive songs, licensed music and dance hits. There are cool contemporary game modes and brand new graphical interfaces featuring music videos that will keep everybody movin' and groovin' to the pulsating beats. DDR Max 2 also includes links to previous games for special features.

The interface used is a recoloring and smoothing of the song wheel interface first introduced in the US in DDRMAX. The names of the difficulty modes are "Beginner," "Light," "Standard," and "Heavy," just as they were in DDRMAX.

The core gameplay of DDRMAX2 is the same as the previous Dance Dance Revolution games. The 2-tiered scoring system which debuted on DDRMAX is still utilized on DDRMAX2.